Marching band eaten by a pack of ravenous wolves 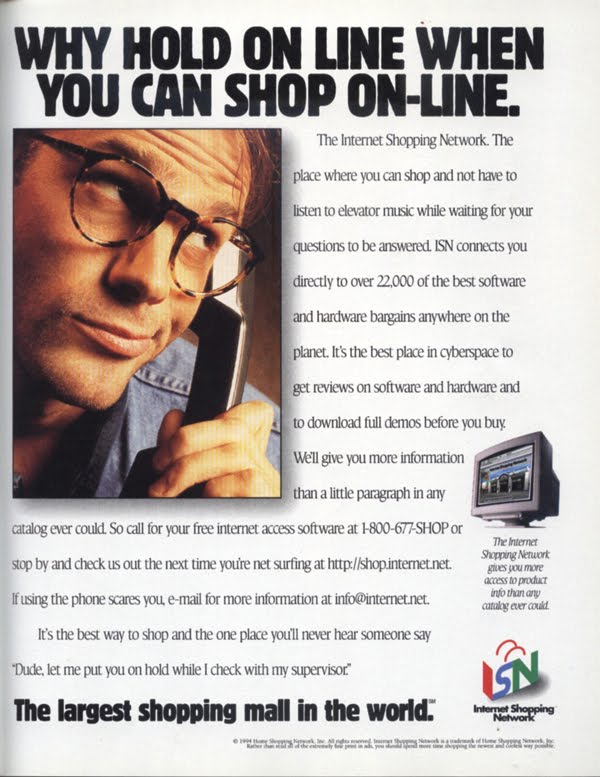 You may wonder what the headline has to do with an ad for Internet Shopping Network. Let me make the connection right away:

Amused, but still confused? Alright, from the top then:

Internet Shopping Network launched in 1995 as an online shopping portal for hardware and software. It was backed by Home Shopping Network, the nice guys and gals normally selling you stake-knives that can cut through shoes and other useful stuff.

Meanwhile, in another part of town, old-school retailer Fry’s Electronics pretty much had no idea what was going on. Interwebs, you say? Never heard of it.

ISN turned out to be way early to the game. After a modest success Home Shopping Network left the online space in 1998 and sold the 160.000 customers it had managed to scrape together to dotcom bad-boy Cyberian Outpost.

These guys had big plans, what with their Nasdaq shortname “COOL”, and ads like these:

And of course the one with the ravenous wolves. An ad that turned out to be ironic when considering Outpost’s own destiny. When the market crashed, their stock-price joined the race to the bottom. Fry’s Electronics had quietly watched these multiple failures from the sidelines and decided it was time to make their move. The wolves were unleashed, and Outposts assets and customer-base were acquired in 2001 at a bargain-price.

That’s what you do when you’re the incumbent. You wait for the right time to unleash the wolves. Let the newcomers make the mistakes, innovate, fight each other and fail. When the market is down, you buy the one with the most promise. People complaining about Microsoft’s lack of innovation need to remember this. It may be sexy to innovate, but if you have money in the bank, in-house innovation isn't necessarily better than buying your way in. 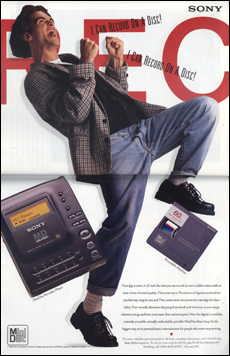 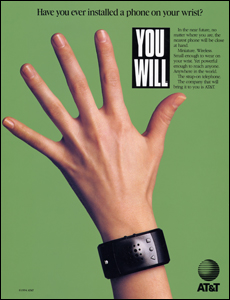